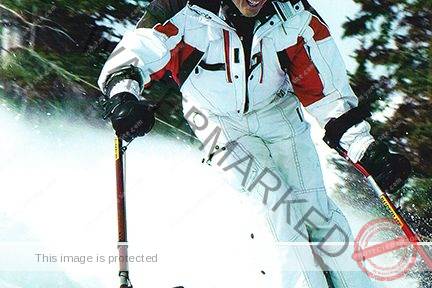 I was preparing to launch a Blog yesterday titled “Who is that Blessman in your life stretching you further?” I received an email bright and early from a friend, however, that read, “My son wrote about you in his essay about Grit!” I loved it and was humbled to be mentioned. With that said, I’m postponing my Blog until next month to bring you this fantastic essay on Grit – one of my favorite words!

By Luke Lowery
Grit is essential when it comes to reaching goals. Many people have studied how grit works and have proved their theory. Angela Duckworth and Donald Kamentz are two examples of researchers that agree with this idea. Many books and stories portray different forms of grit in their own way, such as the Bible.

Grit, or great courage in the face of hardship, is present in the Bible passage “Grit.” This passage demonstrates grit by working for a goal. “People who are not as bright as their peers compensate by working harder and with more determination.” This passage also offers another man that said some wise words about persevering and overcoming objectives. Donald Kamentz from Yes Prep implies that “students deal with things and persevere through situations” to complete tasks. If you have grit, it will help you complete your goal.

Another story that represents hard work and passionate grit is Jack London’s “The King of Mazy May.” In it, Walt Masters was an amazing example of true grit and will go to great lengths for everything. “It is forty below now.” He wasn’t an ordinary boy, and he used that to his advantage when achieving goals. “He does not know a great deal that most boys know, but knows much more that most boys don’t.”

A final example of grit in stories is A Single Shard by Linda Sue Park. In the book, Tree-ear was a boy that had a rough life but always showed grit. Even when times got hard he still worked towards his current goal. “At every step, Tree-ear had to keep his eyes trained on the path and the cart.” At every moment, he wanted to keep getting better and keep his boss happy. “The stirring, sieving, settling and bailing were repeated any number of times, until Min was satisfied with the residue.” Matthew 7:14 reads, “The way is hard that leads to life.” Tree-ear learned this gratitude over time after working for Min.