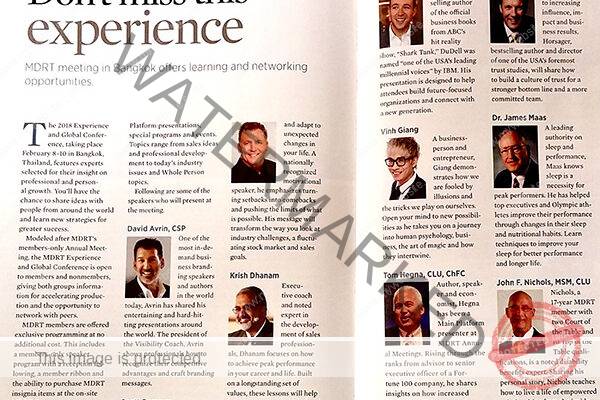 In my book Vision-Mindset-Grit, I wrote… “While I was an agent with Northwestern Mutual Life between 1989 and 1994, I had the privilege of watching many motivational speakers at their annual conference in Milwaukee, Wisconsin—speakers such as Terry Bradshaw, the famous Pittsburgh Steelers quarterback, and Charlie Plumb. Charlie graduated from the Naval Academy at Annapolis and went on to fly the F-4 Phantom jet on 74 successful missions over Vietnam. On his 75th mission, with only five days before he was to return home, Charlie was shot down, captured, tortured and imprisoned in an 8’ x 8’ cell. He spent the next 2,103 days as a P.O.W. in communist prisons.

What really resonated with me was how Charlie told his story of overcoming adversity and how he drew parallels between his P.O.W. experience and the challenges of everyday personal and professional life. I walked away thinking about my own life, how far I had come, the choices I had made and the challenges I was trying to conquer. From that day forward, a seed was planted in my mind: I wanted to be a motivational speaker.”

Long story short, in 1989, I stretched my vision. I wanted to qualify for an industry award. They call it the Million Dollar Round Table (MDRT). It’s an award that fewer than 8% of my peers from around the world qualify for annually—peers representing 500 companies in over 70 countries. It took me 5 years to hit that magical number and qualify. When you’re trying to hit a magical number in your own life or business, or are hoping to qualify for an industry award, there’s one criterion: You have to have the right mindset.

But what is the right mindset? It begins with an unshakable belief in who you are on the inside when no one else is around. It’s what you believe about yourself, your abilities and your skills especially when adversity is standing right in front of you. Adversity takes on many forms: the physical, such as a debilitating handicap or illness; the mental, such as low self-esteem or a lack of knowledge; and the emotional, such as depression, fear or others telling you you’re not good enough, smart enough or resourceful enough to achieve the goals you’ve set for yourself. Any one of these can be powerful enough to thwart your ambition, which is why it’s imperative to lock in a mindset that will help you to achieve the level of confidence you need to face them down. You may never fully conquer a fear or recover from a physical setback, but the right mindset, one that works for you, will still let you move forward toward your goals. I’ve discovered that through personal experience time and again.

Attending the MDRT’s Annual Conference in 1994, in Dallas, Texas—with 8,000 of my peers on hand, the best of the best top sales producers in the world—I again had the opportunity to watch some amazing keynote speakers on leadership and team building, dynamic men and women who encouraged others to set goals that stretch the mind. That was when I made the decision to leave an industry I had so much passion for to pursue a brand new career: motivational speaking. This career has taken me around the world and placed me in front of audiences from every industry and so many wonderful cultures. It’s been eye-opening, heartwarming and overwhelming.

I made that dream happen, but I’ll tell you, there’s been one other goal that’s stuck with me for over twenty years now. I’ve always to have the opportunity to be a keynote speaker for the Million Dollar Round Table, just like those who inspired me back in 1994. Well, that dream has finally turned into a reality. In February 2018, I will be the main platform speaker for the MDRT in Thailand. I am honored—and beyond thrilled!