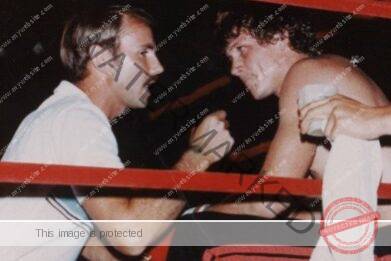 Adversity is Not a Four-Letter Word

Several years ago, the Harvard Business Review ran an article entitled “How to Bounce Back from Adversity.” It is as important now as when it was first written a decade ago.

One of my favorite passages rings true to me now, more than ever:

“Even for the less heroic among us, adversity can touch off intense bursts of negative emotion—as if a dark cloud had settled behind our eyes, as one sales manager described it. We may feel disappointed in ourselves or others, mistreated and dispirited, even besieged.”

It’s true. Many of us play the blame game or the victim role when times get tough. It is as though some of us expected the good times to last forever, back to the glorious pre-pandemic days, back to when we told ourselves we could sell or market anything. Truth be told, tough times have always been with us.

The winners in tough times have been resilient and, as the article explains, we learned to bounce back. We were determined to bounce back and had a vision of ourselves as winners. But we all know those who put together strings of four-letter words and who threw up their hands and quit.

The Difference is Grit

Adversity is always with us in one form or another. Currently, it is a virus that has shut down the way we do business. In the past it has been recessions, depressions, fuel prices, inventory problems, raw material shortages but somehow, the best of the best overcame adversity and succeeded, while others used disparaging words and walked away.

What was the difference? Were the successful brighter, more connected or better looking? That is what the victim mentality suggests, but it’s not true. The experts agree that the one quality the most successful sales and marketing people share is another four-letter word, “Grit.”

Grit is not the same thing as determination, though they are often used interchangeably. I can be determined to sell more, market better, produce a higher quality product. But the machine that drives that determination is the daily, hourly, grind it out effort that refuses to give in and that says, “I will do what I need to do to be successful.”

I was recently shocked to hear a manufacturer friend lament that he couldn’t get his suppliers to return his calls, and another story of a physician who was waiting on some promised information from a pharmaceutical sales rep. Both stated that they were getting so impatient they were considering alternatives.

We can attend all of the virtual meetings we would like, where the vice president of sales or marketing tells us to be determined to sell more and market our products better, but “determination” is much like good intentions. What makes the difference is the grit to follow-up, give superior customer service and to always out-hustle the competition.

These are not easy times for anyone no matter what industry you are in, and the times call for resiliency in the face of adversity. However, these are not impossible times. Forget about fancy terms, buzzwords and slogans. Focus on the simple things and the simplest words, and always value the power of grit.

Book Scott Burrows, Resilience, Adversity and Change Motivational Speaker for your next sales meeting through this website or by calling (520) 548-1169